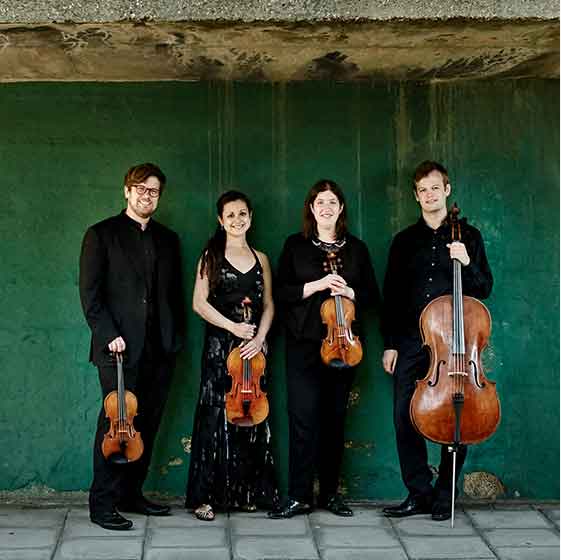 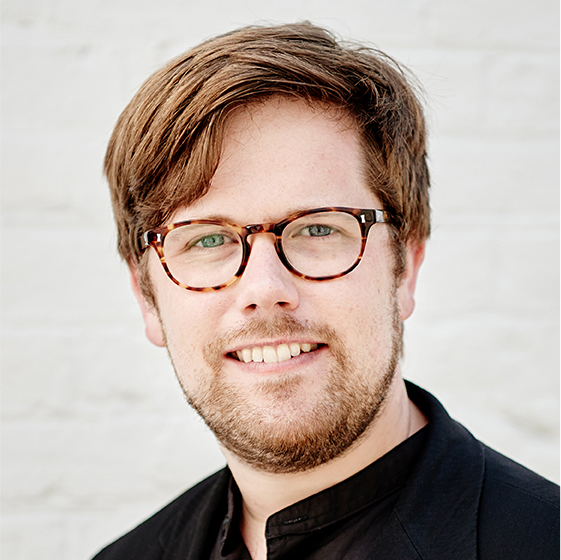 The Castalian String Quartet was the recipient of the inaugural Merito String Quartet Award & Valentin Erben Prize and a Borletti-Buitoni Trust Fellowship Award in 2018.

Other 2018/19 highlights included a return to the Aldeburgh Festival, the complete Haydn Op.76 quartets at Wigmore Hall (recorded for future release on the Wigmore Live label) and recitals at Konzerthaus Vienna, Auditorium du Louvre (Paris), Flagey (Brussels) and the Tel Aviv Museum of Art.

In 2020 the Castalian String Quartet will give its Carnegie Hall debut and participate in the Simmenauer International Beethoven Quartet series. In addition to return visits to Israel, they will perform across Europe, giving recitals in the Paris Philharmonie, Esterházy Castle (Fertöd) and the Heidelberger-Frühling, Rheingau, Mosel and Dresden Festivals.

They have performed widely throughout Europe, with highlights including the Hamburg Chamber Music Series, International Musikfest Goslar, Sommerliche Musiktage Hitzacker, “Quartetaffairs” in Frankfurt (broadcast by NDR), the Queille Festival and Conques Lumière du Roman in France.  UK appearances include the Bath, Cheltenham, East Neuk, North Norfolk, Peasmarsh and Winchester Festivals. They have also been the resident ensemble at the Esbjerg International Chamber Music Festival in Denmark and Festival Musique d’Été à Suzette, near Avignon. Further afield, they have undertaken tours of China and Colombia.

The Quartet has collaborated with with Aleksander Madzar, Alasdair Beatson, Simon Rowland-Jones, Daniel Lebhardt and Olivier Stankiewicz, among many others.

The Quartet was selected by Young Classical Artists Trust (YCAT) in 2016 and have received further coaching from Simon Rowland-Jones, David Waterman and Isabel Charisius.

Who we are and how we met

Let’s begin with the final piece of the puzzle. Our first violinist, Sini, is a nomadic, polyglottic Finn, often sighted with a tennis racquet slung over her shoulder as well as a violin case. We found her in Hannover, Germany, where she was completing her solo degree as we were studying for a Masters in Chamber Music. One day she flung a hopeful message into cyberspace stating her desire to play string quartets. Fortuitously, it landed in our email account and the rest, as they say…

Charlotte and Daniel form our inner parts. She is a vegan violist who can tie herself into baffling yogic knots. He is a steak-loving second violinist with dodgy knees. She’s French, brought up high in the Alps. He’s Welsh, brought up at the foot of Ben Nevis. Charlotte’s first love is her Siberian cat Lancelot. Daniel’s is Liverpool Football Club. She went to the Royal Academy of Music. He went to the Royal College of Music. She’s petite. He isn’t. Otherwise, they’re inseparable, our Chaz and Daz, and have been ever since the Castalians’ first bow-strokes back in 2011.
Two years earlier, Daniel arrived in London to commence his studies at the College. A local cellist with a plummy accent took pity on this wide-eyed chap from up North and befriended him over lunch in nearby Hyde Park. On his return from a postgraduate course in Lugano, Chris joined the quartet. Since then he’s been whetting our appetites with culinary wizardry and wetting watercolour blocks with landscapes of our travels.

Today, we all reside in London, rehearsing in South Kensington and giving concerts everywhere from the Wigmore Hall to Warren Hill prison, Carnegie Hall to the Colombian rainforest.

It’s some journey being in a string quartet, and one we feel immensely lucky to take together.

She plays a Giovanni Battista Guadagnini violin from 1760 on loan from the Finnish Cultural Foundation.

Having studied in her native France at the Grenoble Conservatoire and the Schola Cantorum, Paris, Charlotte was awarded a full scholarship to study violin with Professor György Pauk at the Royal Academy of Music, London, where she obtained a Bachelor of Music with First Class Honours and a Master of Arts with Distinction. Whilst at the Royal Academy, Charlotte also studied viola with Matthew Souter.

Aged 16, she won 2nd Prize at the Wieniawski International Violin Competition (Junior Category) and subsequently performed as a soloist in the Maison de Radio France, the Auditorium du Louvre (Paris), the Salle Cortot (Paris), the Théâtre des Bouffes du Nord (Paris) and the Festival Radio-France in Montpellier. In 2011 she made her recital debut at the Concertgebouw, Amsterdam, as part of the Holland Music Session’s ‘New Masters on Tour’ programme.

Charlotte is dedicated to introducing audiences to new music and regularly collaborates with the London Contemporary Orchestra.